On May 25th, a16z announced a new $4.5 billion fund to support crypto and blockchain companies.

Andreesen Horowitz, or a16z as it’s commonly referred to as, is a venture capital fund that invests heavily in cryptocurrency projects.

A16z was founded by Marc Andreessen and Ben Horowitz in 2009.

On May 25th, the company announced a new $4.5 billion fund to support crypto and blockchain companies.

Their investments to date include popular NFT platforms OpenSea and The Foundation, as well as Coinbase.

Venture firms like a16z are able to invest large amounts of money into new projects early on, meaning they can reap profits when it goes public and can sell off tokens before the project crashes.

Even though they’ve invested in successful products, they’ve also invested in tokens that crashed immediately at launch.

This list will specifically focus on Altcoins and DeFi protocols that a16z has invested in.

Note: this is in no way an endorsement of the a16z portfolio or the assets listed here – it’s strictly for information.

a16z is a numeronym that represents Andreessen Horowitz. In this case, the first and last letter of the partners (AZ) with the character count (16) in-between. 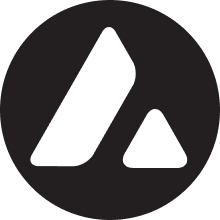 Avalanche is a proof of stake blockchain purported to run faster, and scale better than Ethereum.

As one of many so-called Ethereum killers, AVAX allows for the creation of smart contracts as well as DeFi protocols. One of the major DeFi apps on this blockchain called Wonderland became infamous because it was run by the co-founder and scammer behind QuadrigaCX, Michael Patryn.

Celo acts as a peer-to-peer payment network that uses a series of stablecoins to send money across borders. It uses proof of stake verification, and functions similarly to PayPal. However, CELO has some major limitations since it is not interoperable with Ethereum. That means it will struggle to scale and achieve mass adoption.

While banking the unbanked is a very admirable endeavour, CELO has not yet shown it can address the systemic issues that leave millions around the world unbanked.

Chia (XCH) is a so-called green cryptocurrency that uses large amounts of empty hardware storage for mining and validation. Chia mining was behind recent shortages and price spikes in HDD drives. By “harvesting” chia using this hardware, it causes them to fail much sooner. As of this moment, it is unavailable for purchase at most centralized exchanges.

Dapper Labs (FLOW) is a blockchain company responsible for one of the earliest NFT projects, CryptoKitties.

One obvious drawback to some of these projects is that many of the NFTs cannot be taken off of a custodial wallet. As a result, purchasing NFTs gives someone “ownership” without actually allowing them to take control or custody of the asset.

Dfinity’s Internet Computer (ICP) is a project significantly less entertaining and even wholesome than the Insane Clown Posse (also ICP).

After receiving millions of dollars in funding and a listing on Coinbase, ICP debuted at more than $450 a token only to almost immediately collapse spurring rugpull allegations. If one is brave enough to venture onto their website and read all their blogs and documentation, they will still have absolutely no clue what ICP is.

Oh no, this token is brought to you by our friend Mark Zuckerberg.

The company formerly known as Facebook wanted to expand into the crypto space by developing a stablecoin called Libra. Luckily, these attempts culminated in failure around 2019 but the project received new life after being renamed Diem.

Luckily, it looks like Facebook’s latest attempt at financial domination has failed again.

Why invest in just one so-called Ethereum killer when you can try your hand at all of them?

NEAR Protocol is another relatively new proof of stake blockchain that’s managed to reach the top 20 cryptocurrencies by market cap very quickly. However, NEAR’s governance is highly centralized as early investors and developers control roughly 30 percent of the supply.

Solana (SOL) is purportedly the fastest blockchain around, capable of processing thousands of transactions and hosting many decentralised applications.

Recently, its price tanked after a venture capitalist named Chamath Palihapitya allegedly bought tokens at a discount, pumping up the price and then sold it.

There are also concerns that this proof of stake blockchain is heavily centralised.

Related: What’s so Great About Solana?

UniSwap (UNI) is one of the most popular decentralized exchanges, which also allows for a lot of DeFi activity.

The UNI token provides governance for the exchange.

Note that some cryptocurrency billionaires and insiders liken the world of DeFi yield farming to a Ponzi scheme.

“Like this is a valuable box as demonstrated by all the money that people have apparently decided should be in the box,” Sam Bankman-Fried, founder of the FTX exchange, said on a recent financial podcast. “And who are we to say that they’re wrong about that?”

When interviewers called out that his description for sounding suspiciously like a Ponzi, he said this:

“I think that’s a pretty reasonable response, but let me play around with this a little bit. Because that’s one framing of this. And I think there’s like a sort of depressing amount of validity.”

Protocol Labs has developed interplanetary file storage (IPFS) which stores the data linked in many NFTs. However, IPFS is not user friendly and it is difficult for the average user to set up and host their node. It also uses a lot of internet bandwidth.

A16z’s picks are interesting but they don’t always translate into good investments.

It’s important that these investments aren’t viewed as an endorsement of the technical and feasible aspects of a token. Some of these like Diem and ICP  have failed incredibly.

While a16z are highly influential within the crypto space, at the end of the day they’re a firm concerned with enriching themselves (often by getting in super early to things); they are not necessarily picking the best token for retail investors.

How to evaluate a past, present and upcoming NFT projects.

How to Create a Crypto Portfolio.

A Beginner's Guide to Creating a Diversified Crypto Portfolio.