Here's everything you need to know about the Avalanche platform

What is Avalanche and how does it fit into the bigger picture?

Avalanche is a blockchain platform that allows anyone to create decentralized solutions quickly and efficiently. With optimum levels of decentralization, security, and scalability, Avalanche has emerged as a viable protocol that enables faster transaction times and lesser costs. Frequently referred to as “Ethereum Killer” by crypto specialists, Avalanche has a clear advantage over the slower, more expensive Ethereum network.

In terms of utilization, it ranks 3rd among Layer 1 blockchain platforms, behind only Ethereum and Bitcoin.

Furthermore, Avalanche accommodates numerous Layer 2 projects developed on its platform, with a variety of applications spanning from trading and lending to games. Developers are drawn to Avalanche because of the platform’s significantly lower pricing.

One of the key goals of the Avalanche crypto platform is to establish a greener alternative to energy-intensive Proof of Work-based blockchain networks, which again places it ahead of the league. Avalanche has recently been concentrating on the metaverse and has revealed its next phase of expansion.

In 2018 a group going by the name of “Team Rocket” posted a whitepaper outlining Avalanche on InterPlanetary File System (IFPS). Soon after the whitepaper was published, the concept for Avalanche was laid down by Cornell University researchers under the direction of computer scientist and blockchain specialist Emin Gün Sirer.

Dr. Emin Gun Sirer had set out from the very beginning to maximize the “time to finality” of blockchain transactions through Avalanche. “Time to finality” refers to the time needed to conduct a cryptocurrency transaction and confirm that it is irreversible and permanent. The transaction cannot really be changed or rolled back once it is “final”.

The Avalanche blockchain network was established under the aegis of tech firm Ava Labs.

The initial seed sale for AVAX tokens took place in February 2019. A second private sale and an initial coin offering (ICO) were conducted after this, in May and July 2020, respectively.

Prior to the formal launch of the Mainnet in September 2020, Ava Labs had already raised $18 million from private investors, including well-known brands in the cryptocurrency venture capital industry such as Galaxy Digital. The Avalanche Foundation announced $230 million in funding for the project in September 2021, with Polychain and Three Arrows Capital serving as the project’s lead investors. The project has continued to attract significant amounts of finance since.

Avalanche was officially released on September 21, 2021, by Ava Labs.

The Avalanche blockchain is unquestionably the best option for immediate finality.

Here is a summary of the major benefits offered by the Avalanche blockchain in 2022:

Compared to the transaction finality of Bitcoin which takes up to an hour, Avalanche transactions offer sub-second finality.

Avalanche intends to increase blockchain interoperability by integrating several decentralized finance (DeFi) ecosystems, including well-established projects like Aave and Curve since its smart contracts are written in the same Solidity language that Ethereum uses.

Avalanche outperforms Ethereum in terms of gas fees as well. Avalanche charges much less compared to Ethereum, with the fee being used for producing and minting assets, staking, transaction, and blockchain development. The fees are burnt after use, permanently lowering the amount of AVAX on the network.

Best of Nakamoto and Classical Consensus(es)

Consensus is the process through which several impartial “validators” or voters reach a consensus, guaranteeing that the network has a synchronized view of the data, also known as “state”. The Avalanche consensus brings together the advantages of the Nakamoto consensus (robustness, size, and decentralization) with all the advantages of the Classical consensus (speed, swift finality, and energy efficiency) without either of their drawbacks.

Custom blockchains can be created on Avalanche specifically designed for that activity, eliminating the need for a generic blockchain to attempt and satisfy every demand and forcing developers to make compromises.

The EVM-based C-Chain from Avalanche is a smart contract chain that is completely compatible with the current Ethereum infrastructure. With the addition of thousands of tps, sub-second finality, and minimal fees, the C-Chain offers everything that Ethereum does. Not just Ethereum, Avalanche makes it possible for projects from any blockchain to eventually be portably moved over and leverage its performance, decentralization, affordable fees, and customizability.

Like $BTC, $AVAX has a set capped supply that generates scarcity and won’t be continuously diluted by inflation like other staking platforms.

One of the visions behind Avalanche was to directly serve financial markets using blockchain technology. With its built-in support, it is simple to create and trade digital smart assets with intricate custom rule sets that specify how the asset should be managed and traded to comply with regulations. The assets could stand in for any number of financial products, including stocks, bonds, loans, real estate, and more.

How Does Avalanche Work?

Let us divide the working of Avalanche under the following heads for a more simplified understanding:

To circumvent the constraints of blockchain’s congestion and speed issues, Avalanche is developed using three distinct blockchains. Each of these chains can be traversed by digital assets to carry out various ecosystem-wide tasks.

P-Chain — created for network validators to engage with one another

Subnets can be compared to a replica of the platform’s default blockchain that is still connected after launch. Users can construct subnets as they need them and in accordance with their needs. When a subnet temporarily reaches its scalability limits, another subnet may be launched.

As a result, it might efficiently free up transactions while satisfying the desired traffic demands. Avalanche’s limitless subnet formation potential makes it evident that it can overcome the scalability problems that plague traditional blockchains.

Avalanche employs its own Proof of Stake (PoS)-based consensus algorithm called Avalanche consensus. Also referred to as the Snow consensus, it aims to strike a balance between transaction speed, network capacity, decentralization, energy efficiency, and security.

With the Snow consensus system, no single blockchain node is required to act as the virtual leader. Instead, a validator node “samples” (or “asks”) a random neighbor validator whether they concur when it gets a transaction from a user.

Up until the entire network agrees that the transaction is genuine, this process is repeated with the neighbor’s validators. The Snow consensus comprises multiple steps known as Slush, Snowflake, and Snowball, that accumulate on top of one another until they form an avalanche. These build trust and confidence in the blockchain’s current state. 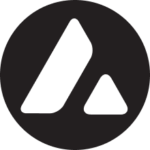 The native token of the Avalanche platform is called AVAX. Also known as the “red currency”, AVAX has a maximum supply of 720 million tokens.

On the Avalanche network, AVAX has the following use cases:

Fees and Transactions:Users of Avalanche require AVAX to cover network transaction fees. This is comparable to the way ETH is used to cover gas costs on Ethereum.

Staking: AVAX is used in staking, which is the practice of pledging a cryptocurrency. Users can run their validator nodes and get AVAX payouts by staking at least 2,000 AVAX. Lesser AVAX holders can join staking pools and pool their resources with those of other holders on the network to form a single validator.

Accounting Unit: AVAX serves as the fundamental accounting unit for the many Avalanche subnets.

Crypto Asset: AVAX is a speculative, volatile digital asset that investors can buy and sell in the hopes of profiting, just like all the other cryptocurrencies.

How Do I Stake AVAX?

A Beginner’s Guide to Staking Avalanche (AVAX)
How to Move Avalanche to P-Chain for Staking.

Avalanche doesn’t have any obvious issues, but it is also a relatively new endeavor in a very cutthroat industry. Avalanche was years behind several of the leading smart contract blockchains in terms of development, giving them more time to establish themselves. Presently Avalanche cannot boast as many protocols and solutions as other networks like Solana or BSC.

And yet, it has the potential for long-term growth due to its unique architecture and expanding environment. Avalanche will continue to grow, bringing more and more capital into its ecosystem, much like other alternative blockchains.

As the cryptocurrency market expands, cash flows will be distributed across alternative blockchains, encouraging developers and users to create and use decentralized protocols on the Avalanche blockchain.

While Avalanche is currently in a strong position, it is difficult to determine which blockchains for smart contracts will be the most lucrative.

If you choose to buy in Avalanche, keep in mind that the price can and probably will vary greatly with time.

The Avalanche network is currently the fifth-largest network in terms of Total Value Locked (TVL) among blockchain ecosystems with a total of around $8.6 billion in locked assets. Notably, the AVAX token rose 450% to the $66 level in the third quarter of 2021, which coincided with the network’s rapid growth in popularity.

The latest market info for AVAX can be found on CoinGecko.

This rising popularity of the AVAX blockchain is because it is possible to guarantee scalability and interoperability while maintaining core blockchain characteristics. The blockchain network is also strengthened by the support for features like subnets, the Avalanche Rush program, and the ERC-20 token bridge.

The proof-of-stake network security approach used by Avalanche is eco-friendly and does not require the specialized mining rigs that have caused mining to become centralized. Thousands or even millions of people can engage completely in Avalanche using only a computer and an internet connection. This is bringing true decentralization in finance.

What Is Avalanche Network (AVAX)? The ‘Flexible’ Ethereum Competitor — Decrypt

What is Avalanche Network (AVAX) and How Does It Work? — Coindesk

What is Avalanche (AVAX)? — Kraken

What is Avalanche? — Investopedia

How to Move Avalanche to P-Chain for Staking

What’s so Great About Solana (SOL)?