The 2022 Crypto Collapse: Borrowing from Paul to Pay Peter

It started with Terra/LUNA and before long, spread to Celsius and other lending apps.

Looking at the OG pirateat40 scam helps to understand the present.

A Texan man named Trendon Shavers, better known as pirateat40 on Bitcoin forums was first in the cryptocurrency space to promise high yields and unrealistic returns for crypto investors. Between 2011 and 2013, he had amassed 764,000 Bitcoins into his Bitcoin Savings Trust which promised a return of 7 percent per week and 3000 percent interest over the course of a year. Through fancy sounding financial words like “arbitrage”, he could guarantee these outlandish returns.

Except this was just a Ponzi.

At its peak, Shavers controlled 7 percent of Bitcoins in circulation. At this point, he just disappeared and exited with the Bitcoin.

Almost half of the investors lost their money, being diverted to Shavers personal expenses and of course paying back earlier investors.

He was sentenced to one-and-a-half years in prison.

Despite cryptocurrency enthusiasts throwing around phrases like “verify don’t trust” and “not your keys, not your crypto”, no one did their due diligence on this. Many people on Bitcoin forums at the time also defended pirateat40 because how dare you suggest someone would lie on the internet.

Most cryptocurrency lending and yield protocols, especially those that are centralized are following this playbook. However, since many of these entities borrow from each other, regularly make mistakes that are made public through the blockchain and lie to their investors, when one company goes down it can take everyone else down with it. 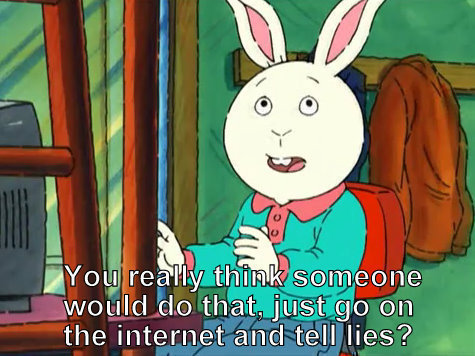 The latest round of crypto collapse in mid-2022 was kicked off by a newer version of the pirateat40 promise. Terra Labs developed an algorithmic stablecoin whose value depended on the price of other cryptocurrency assets, mostly LUNA which was burned to help maintain Terra USD’s (UST) peg.

This was immediately pointed out as inherently unstable by many financial experts. This system only worked so long as people believed it and would buy more and more Luna. Now to increase the speed of adoption for this stablecoin, they offered ridiculous high yields (20 percent) through the Anchor protocol.

On May 7th, $500 million in various cryptos was withdrawn from the Anchor Protocol, which is supposed to supply the 20 percent, leaving only $300 million in liquidity. This is a problem given that there were 14 billions UST deposited within the protocol. Then, people holding UST withdrew $3.8 billion to Anchor, de-pegging the price to $0.987 and dropping the price of LUNA.

The next domino to fall was Curve, a DeFi liquidity pool: One user took 85 million UST out and placed 108 million into Binance. Terra themselves took 150 million UST out of Curve, but later put 100 million back in. Terra ended up knocking the peg off themselves at this point.

On May 8th, the Luna Foundation Guard lent out $1.5 billion in Bitcoin to help protect the price of UST but the damage was done. Nobody wanted to use Anchor and the pool went down to 9 billion UST, leading to a further collapse in the price of LUNA. By May 9th, the entire Bitcoin reserve was deployed and UST hit $0.65.

As of May 17th, this so-called stablecoin sat at $0.1325 and the Luna Foundation had issued a halt on the blockchain, blaming its collapse on an attack rather than its own smart contract. Later, CoinDesk reported that Do Kwon, the founder of Terra,  had previously started another algorithmic stablecoin (at the same time he was supposed to be working on Terra) which also collapsed spectacularly. But don’t fret, Kwon has already set up LUNA 2.0 because these algorithmic stablecoins just keep suckering in new investors.

Celsius Network: Not Your Keys. Not Your Coins.

Until very recently, Celsius Network was one of the largest centralized crypto lending platforms, offering to help people unbank themselves. Like everything else that contributed to the current crypto collapse, Celsius offered high yearly “earnings” for your deposited assets.

Celsius filed for for bankruptcy protection under Chapter 11 on June 13, 2022.

Of course, when someone deposits their crypto assets, they transfer all ownership to Celsius – just check their handy terms of use. But despite that, Celsius Network managed to accumulate billions in assets and offered people even higher returns if they decided to earn yield in the company’s proprietary token, CEL.

Here is a 187-word single sentence in Celsius' terms of use agreement that I'm sure everyone read and appreciated: pic.twitter.com/w88hqzItxc

Incompetence and a lack of liquidity

The thing is, a lot of yield wasn’t actually generated through lending and borrowing activity. Someone at Celsius would store large amounts of funds on a hot wallet and participate in other decentralized protocols that offered enormous amounts of yield.

Celsius lost millions in a BadgerDAO hack, but luckily the DAO offered tokens to help people recoup their losses, so long as they weren’t moved from the Badger Vault. In an epic show of incompetence caught on the blockchain, Celsius accidentally forfeited their restitution.

As loans and mistakes compounded and came due, Celsius ran out of liquidity.

The short: Ethereum from customers was turned illiquid and used as collateral for loans; But since the price of staked Ethereum fell, Celsius could no longer pay back customers.

These are just a few examples of the incompetence which was tracked through the blockchain by Dirty Bubble Media. At the same time, Mashinsky was also offloading massive amounts of CEL, tanking its price, and making a pretty penny while the rest of the platform’s investors ate up the losses. Meanwhile, “HODL mode” had been enabled on every account meaning customers can’t make withdrawals because the company is insolvent.

It is now looking for a corporate bail out.

Evidently, no one did their research on this company.

The company’s early advisor, Moshe Hogeg has been sued multiple times for misleading and defrauding crypto investors through other projects and was arrested in 2021 on 21 offenses including money laundering, theft, and fraud. Two other executives are currently suspended as police are investigating their ties with money laundering, including their chief revenue officer.

This should have caused some pause for investment from larger funds and whales.

As the 2022 crypto collapse continued, it claimed its first investment fund casualty. Three Arrows Capital (3AC) ran what was called by one research firm a “Madoff-style Ponzi scheme”.

The leaders of the fund, Su Zhu and Kyle Davies leveraged their reputation so they could borrow money from one lender and pay back other debts.

When one crypto futures exchange called Deribit wasn’t being paid, it appointed someone to liquidate 3AC.

Funny enough, they weren’t the only company that wasn’t being paid back. 3AC defaulted on a $350 million USDC loan and a 15,520 BTC loan. 3AC also lost a lot of money when it tried to help the Luna Foundation Guard secure Terra by purchasing lots of Bitcoin.

On June 27th, the firm was ordered to be liquidated by the British Virgin Islands. Since they borrowed from many institutional investors, it will take time to see what else collapses in its wake.

It is troubling that many crypto companies that offer customers high yields also give loans to other investment funds that will then use their loans to invest in other risky products.

Who else had exposure to 3AC that we know of?

This is far from the end – as you’re reading this, other centralized crypto platforms are likely finding themselves in a tight spot and on the verge of disabling customer withdrawls.

The valuation of BlockFi tanked as it was forced into making a deal with FTX.us, which was once valued at $5 billion for significantly less.

Another exchange and lending platform, CoinFlex, is asking its shareholder Roger Ver to pay back his $47 million loan. He got the loan without needing to put down any collateral because he promised he’d be good for it. Roger, of course, denies these allegations.

Voyager Digital has paused withdrawals and lied to customers when it promised that their lending products were FDIC insured.

Ever since pirateat40 pioneered the crypto lending “business model”, many burgeoning companies and crypto enthusiasts have followed suit.

The moment you put your crypto into these centralized or even decentralized earnings protocols, you are providing liquidity to pay users that invested earlier. The moment money stops flowing in, as is the case with Anchor protocol, the ecosystem collapses.

Here’s some advice:
Don’t use these centralized platforms unless you are ok with the risk of losing some or all of your crypto if things go south. If the yield is too good to be true, it probably is.
Read the official user agreement and research the company and leadership beforehand
Keep in mind – historically, it doesn’t bode well for customers who have given up control of their assets.

Luna and Terra are Crashing! Now What? (Recorded Live) – Episode 72

Celsius Is Crashing, and Crypto Investors Are Spooked – WSJ

On May 25th, a16z announced a new $4.5 billion fund to support crypto and blockchain companies.

Breaking Down the Next Possible Tether Controversy

USDT, the Stablecoin that could destabilize the entire crypto ecosystem.