Start off by understanding what a cryptocurrency is, advantages over traditional currencies, and clarify any risks you need to be aware of before investing.

You’ve heard of cryptocurrency or at least Bitcoin by now. It’s hard to ignore crypto as it grows in adoption and media coverage increases. This new type of currency is very polarizing – it’s loved by some, hated by others, and confusing to most.

This Guide will start off by explaining what a cryptocurrency is, discuss some advantages over traditional currencies, and outline the risks you need to be aware of before investing in it.

What exactly is a cryptocurrency?

In other words Crypto + Currency.

Encryption is nothing new. The first recorded use of cryptography is in the year 1900 BC. We’ve been hiding messages from each other for at least 4 thousand years.

We all use encryption many times a day. It’s used to keep internet interactions secure. Using a particular type of encryption technology called SSL allows you to interact safely and securely with your bank online and other websites. We’re using encryption right now.

Let’s agree that a currency is “a form of money”. Like the Dollar, the Pound and the Yen.

And all currencies must have these characteristics:

So in short, cryptocurrencies are a new type of digital currency. They use encryption in order to keep them safe and secure.

All cryptocurrencies have a value (cost per unit) and can be bought, sold and traded.

Some cryptocurrencies like Bitcoin function as digital money. Others were developed to secure data, distribute video, provide storage and to prove ownership.

Bitcoin is the biggest and best known cryptocurrency, but there are thousands more.

You’ll hear cryptocurrencies referred to as cryptos, coins, or tokens. There are slight differences to these terms, but they tend to be used interchangeably. We’ll refer to them mostly as cryptocurrencies or cryptos for short.

In many ways cryptocurrencies represent a technological improvement over today’s fiat currencies (government issued money) and this new asset class holds enormous potential as a result. These are the main advantages of cryptocurrencies:

Cryptocurrencies are decentralized, so they don’t depend on a bank, a company or even a country to process their transactions. Cryptos are independent from all of this, which is good because central authorities get into trouble occasionally by manipulating markets, committing fraud or even going out of business. Because of decentralization, cryptocurrencies avoid manipulation, editing and censorship.

Transactions are able to be processed 24×7, 365 days a year, so you won’t have to wait 24 hours for a deposit to clear or 2 to 3 days for a wire transfer to hit your account. It all happens in near real time with cryptocurrencies.

Cryptocurrencies can also process transactions very quickly, some at speeds similar to credit cards networks like Visa or Mastercard. Although not all cryptocurrencies are equal in this way (some are still fairly slow), they’re all working on improving their transaction speed and there are proven ways to do this now. It’s just a matter of time until they can all transact at high speeds.

Cryptocurrencies are efficient as they’re peer-to-peer, so they do not need to go through a bank or middle man in order to process a transaction. There are fees to verify and process transactions, but with the exception of Ethereum gas fees, crypto tends to be much less than the costs of using the traditional banking system.

Many cryptocurrencies restrict the amount of coins that they will ever produce, which is very different from traditional (fiat) currencies. As we are seeing today, when countries print a lot of new money, it tends to decrease the buying power of their currencies over time. We’re seeing this today in higher prices for things, such as houses, cars, and even food. The value of non cash investments are all increasing as well, just look at the rising prices of gold, silver, collectibles, and artworks.

Bitcoin and many other cryptos are actually deflationary. Bitcoin‘s supply is so tightly controlled that the total amount that will ever exist is limited to 21 million. The result is very likely to be that BTC and other deflationary cryptos will go up in value compared to fiat currencies where supply is constantly expanding.

A Platform for Building Other Things

Cryptocurrencies are not only digital money, they’re often platforms for building new technologies on top of. This can be confusing and we’ll explain more about this later on, but for now just understand that cryptos can be used to build all kinds of new things like a fully decentralized Youtube (video serving), Dropbox (file serving), or financial services (loans and other banking functions).

One of the uses that got a lot of attention recently is NFTs. An NFT is a Non-Fungible Token meaning each one is unique and it can’t be divided or copied. Because of this, NFTs are an excellent way to represent assets like art, collectibles, and other rare one-of-a-kind items. This has far-reaching implications in visual art, music, and gaming, with more use cases emerging by the day.

Why should you care if a cryptocurrency is also used as a platform to build other things? Because the use of a platform also drives the demand for the crypto. For example, people buying NFTs drive up usage of the Ethereum network (as that’s what they’re typically built on), which in turn drives up demand for ETH (the cryptocurrency that Ethereum uses for transactions). After all, it was built with smart contracts and other uses in mind. So usage of things like NFTs can in turn drive up the price of ETH.

Increasing crypto adoption makes the future look promising – for both investors and users.

More and more companies are getting on board. Amazon looks like it might accept Bitcoin directly by 2022. Paypal already allows its customers to buy, and hold cryptocurrencies (with limitations on their use). Trading platforms like Robinhood, Gemini, and Coinbase have gone all in. Central banks and governments are working on releasing their own cryptocurrencies.

Cryptocurrencies are Built on a Few Common Concepts.

There are thousands of cryptocurrencies, all of which work slightly differently. But all of them are share these common concepts: 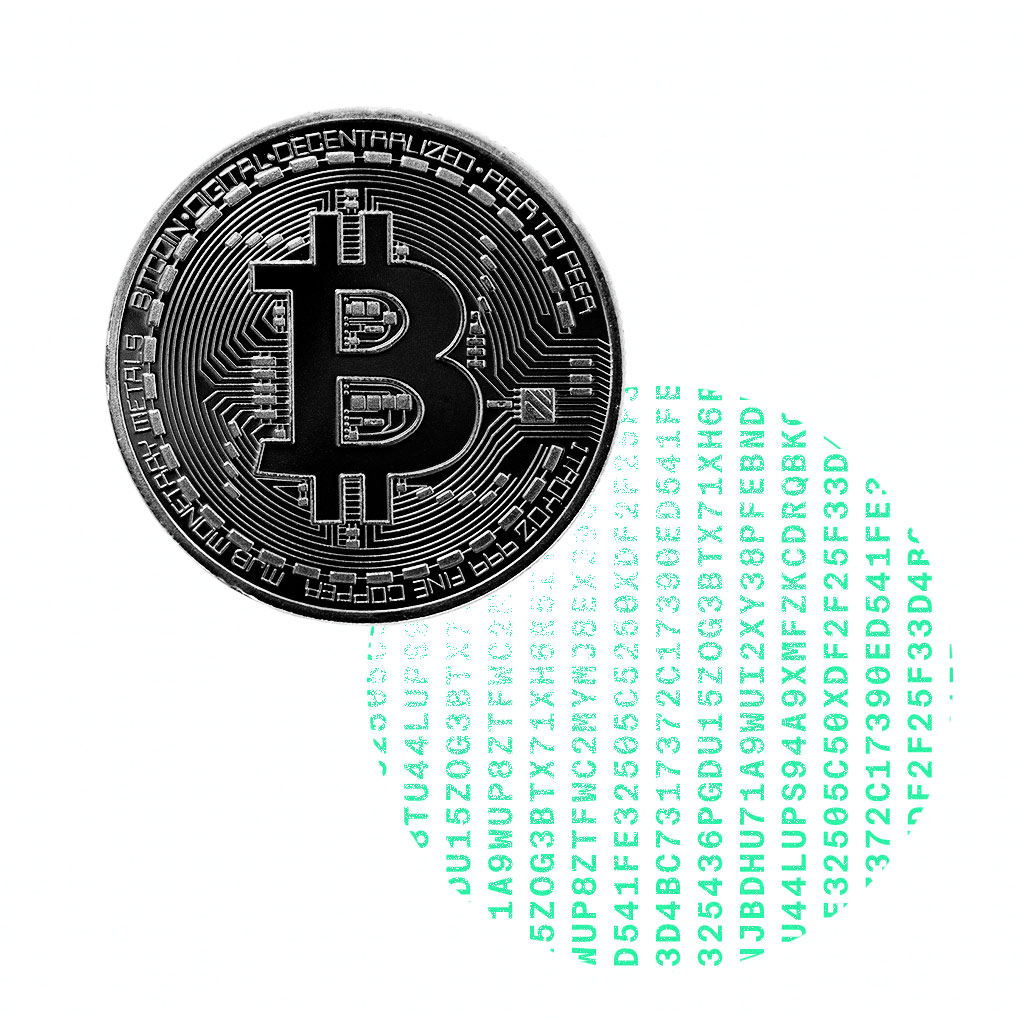 There’s no such thing as an actual Bitcoin or any other cryptocurrency. It’s all just code.Cryptocurrencies do not actually exist in any physical sense. Unlike dollar bills or gold bullion, they’re exclusively digital assets that exist solely on the internet. Cryptocurrencies are online accounts you can access via cell phone or computer. No physical coins, bills, or tokens are stored anywhere. Unlike your bank account where (at least in theory) there are dollar bills somewhere that you can hold. 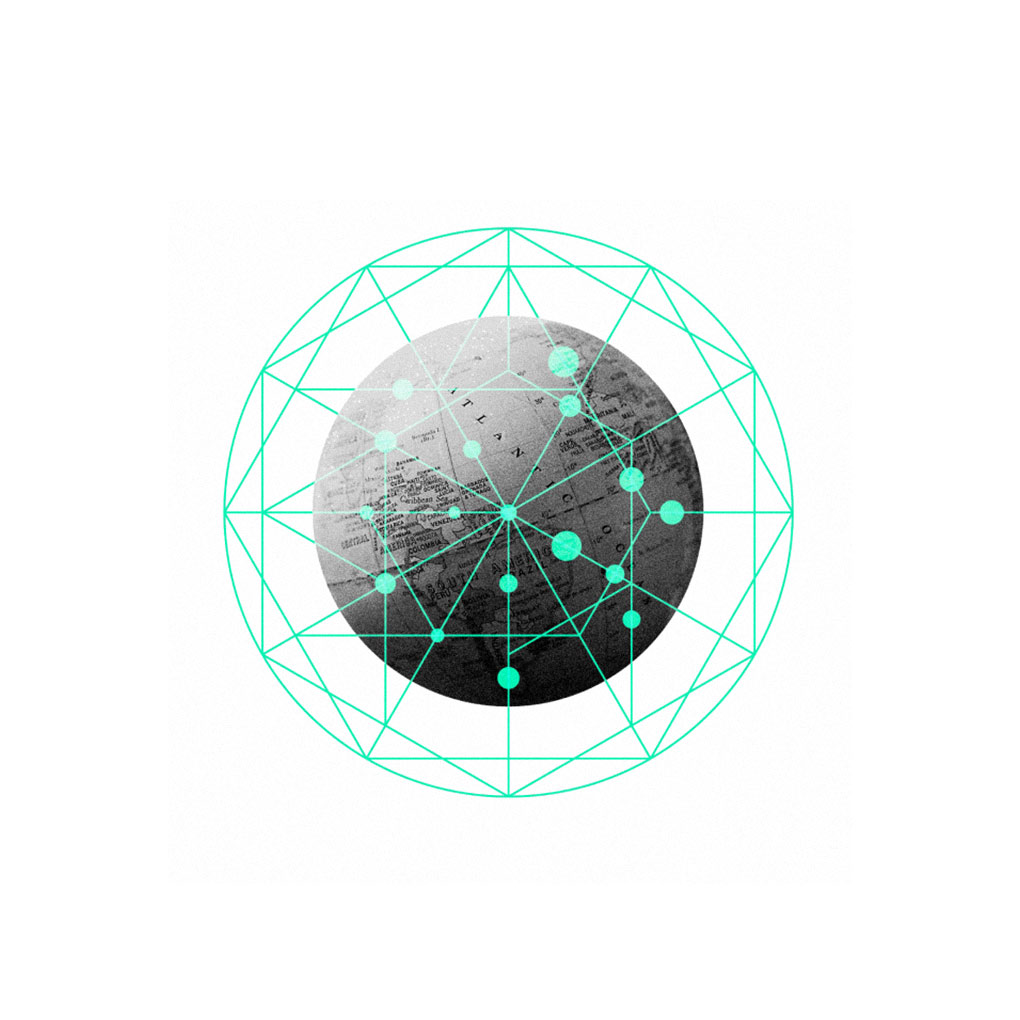 Thousands of nodes maintain and sync copies of the Bitcoin blockchain. More nodes means greater decentralization and more security. One of the key technologies behind crypto is decentralization. A record of every transaction is visible on a decentralized or distributed ledger. Unlike a central bank, this means a copy of the ledger exists across thousands of computers around the world (called nodes) at the same time. Simply put, decentralization makes censorship and manipulation almost impossible because no one can influence or update enough of the ledger copies at the same time.

Note: While a decentralized blockchains themselves cannot be manipulated, large individual investors (aka whales) can cause sudden price movements and volatility. This is a type of market manipulation.

Note: Almost all cryptocurrencies use decentralization to provide a secure and permissionless user experience. However, some blockchains are built with a central authority in place. This can have the advantage of reducing costs and allowing decisions to be made more quickly but it comes as a cost to the end users who relinquish their control. Ripple (XRP) for example uses something called gateways, a series of private blockchains, to improve the speed of traditional banking. 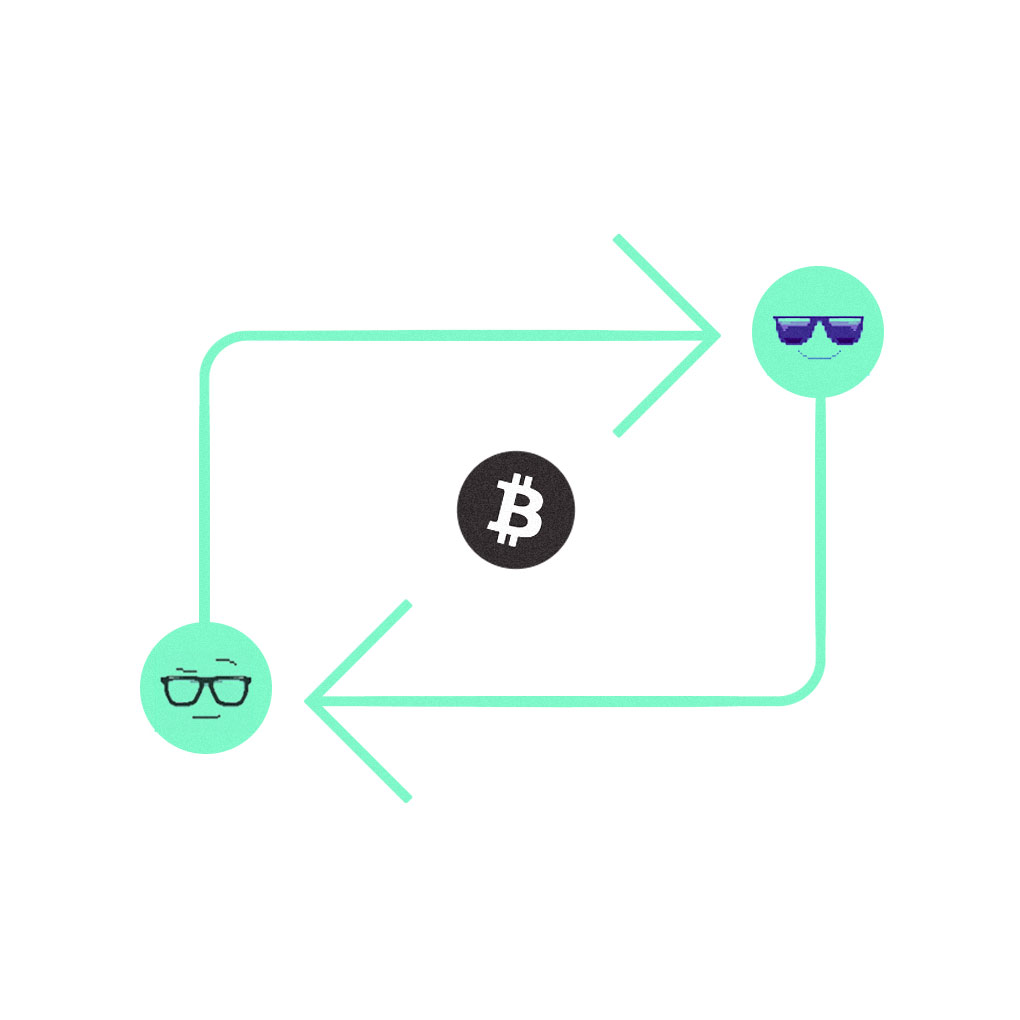 With crypto, only an owner has the ability to spend or transfer their coins or tokens to another crypto wallet, no matter where on the planet the recipient is.

Also known as Peer-to-peer. You can directly transfer to or receive crypto from another person. There’s no central authority to go through because the blockchain replaces the need for it. No middlemen to grant or deny approval or charge an extra fee. The people involved have control over what happens. Transactions are considered “trustless” because they are secured by the blockchain, not other people you have to trust.

Some cryptocurrencies like Bitcoin function as digital money. Others like Ethereum exist to do all kinds of different things, like securing data, distributing video, providing storage and proving ownership of digital assets.

It’s the combination of technology + currency, which opens up so many possibilities.

How Cryptocurrencies Work is What Makes Them so Valuable.

So what exactly happens when Bitcoin is sent and received?

Bitcoin involves some very unique attributes that make sending and receiving it secure and trustworthy.

Technically it all looks like complicated math, so we came up with the following visual explanation.

Suppose I wanted to send you some Bitcoin.

Before you received anything, our transaction needs to be validated. This means it will be added to the blockchain. Before this can happen, our transaction will first be broadcast to the entire Bitcoin network to ensure that I have:
a) the funds available, and
b) the permissions needed to send them.

Our transaction will then be grouped with many other transactions into batches called blocks.

Every block of unsecured data needs to be secured via a process called mining. This  involves taking every transaction in the block and compressing it to create a unique identifying signature (64 letters and numbers) called a hash.

Once a block of transactions have been compressed into hashes, they are compressed further by pairing hashes and creating a new hash for each pair.

Finally the entire block can be represented by one single hash.

The “chain” in “blockchain” is formed by matching these two hashes.

If a single byte of data from any previous block were to change, it would invalidate all future blocks because every single hash going forward would change and break the blockchain.

The final piece of the block is a random number called a nonce.

The nonce and the two hashes combined need to create a new hash that meets the criteria established by Bitcoin network. The only way to find a valid hash is by trying random nonce numbers until the hash criteria is met.

This is called Proof-of-work mining and it takes an enormous amount of energy and computing power.

Other cryptocurrencies use different consensus mechanisms. The most notable alternative is Proof-of-stake.

Ethereum is working to move from Proof-of-work to Proof-of-stake.

And there you have it. More or less.

The main thing to takeaway here is this:

Cryptocurrencies work because all transactions are verified on the blockchain – a decentralized public ledger. That means a cryptocurrency can only be spent one at a time, eliminating any chance of corruption or a “double-spend”. Also, because of how blockchain technology works, (Peer-to-peer) you can send cryptocurrency directly to anyone else, without artificial barriers.

This all sounds great and wonderful, but a lot of new people get scared of messing it up.

We hear this a lot, and we’ve felt it ourselves so there’s a reasonably good chance you’re thinking about it too.

Next we’ll help you put it into perspective.

Next up
Learn How to Stop Worrying and Love the Blockchain.
4 Min Read
101 Guides

Learn How to Stop Worrying and Love the Blockchain.

Investing in cryptocurrency might seem risky because it's unfamiliar. Understand the risks and you'll have nothing to worry about.

Or just a very small part of one to start off with.